The work that I have produced more recently has employed a variety of materials, but often starts out as a clay piece, which is cast and altered in a new state as a plaster form.

It may go on to become a clay piece once more, which is then further modified. Each material affords new opportunities for subtlety and exploration.

The final material is fired clay, which is altered by smoothing and polishing by hand.

My way of working is intricately linked with direct feelings for relationships of positive and negative form, which develop through making and remaking a form. 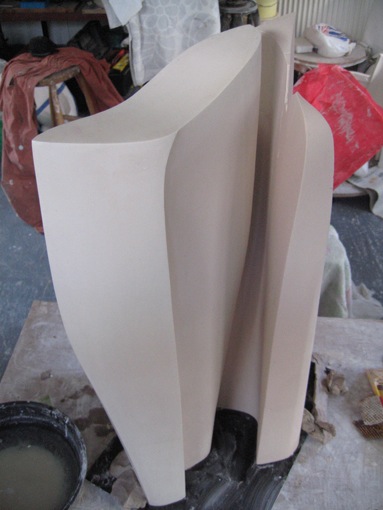 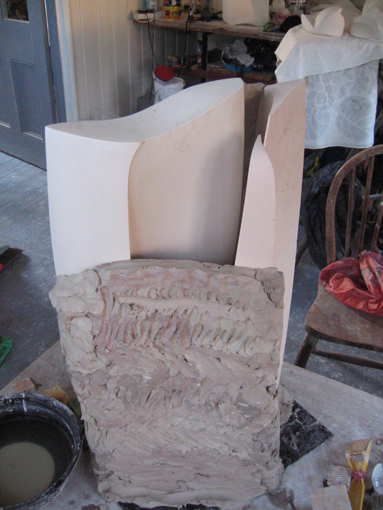 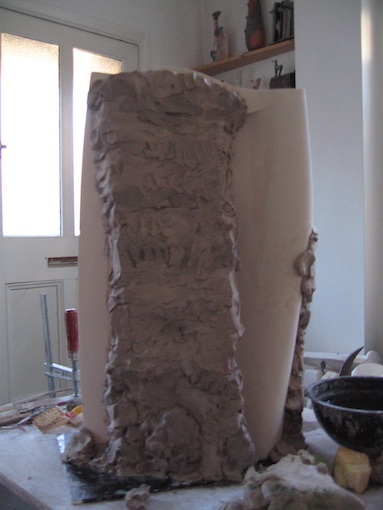 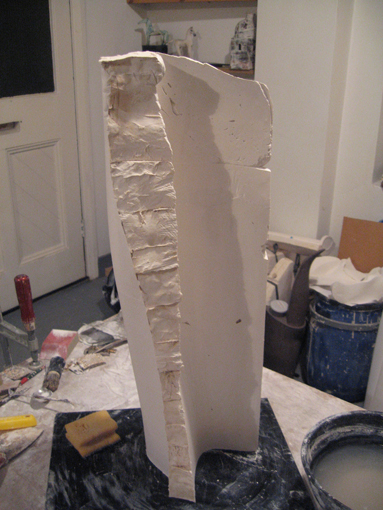 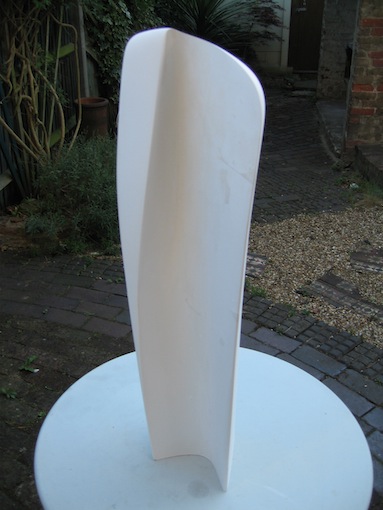 The idea for a piece has to come from a sensation, feeling or emotion about a positive or negative space.

I then try to capture and manipulate the results of that impulse by casting a form in plaster.

Of course the first cast is only the beginning and it may lead to others, both positive and negative to make a form, which I then alter by carving. 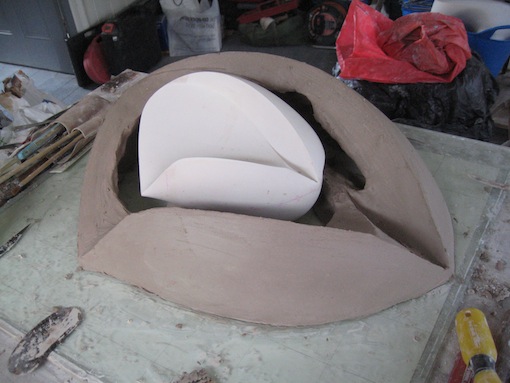 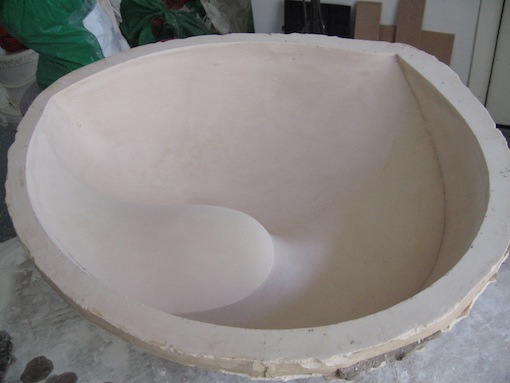 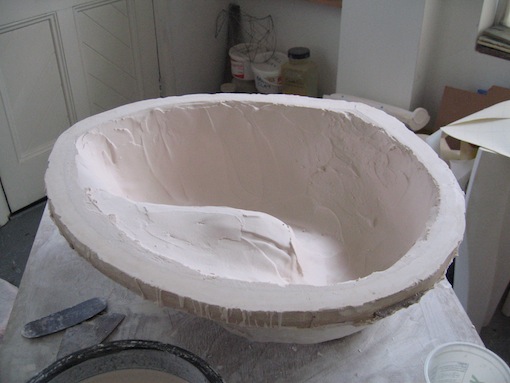 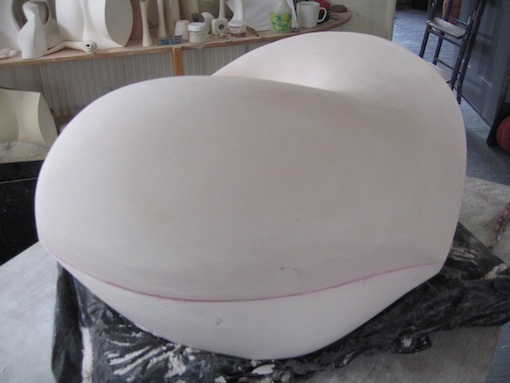 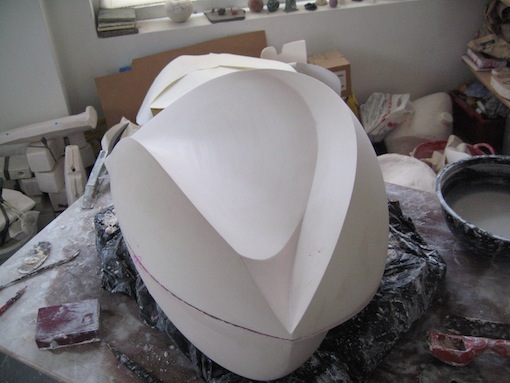 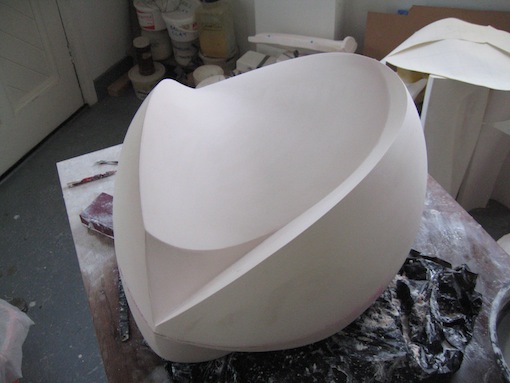 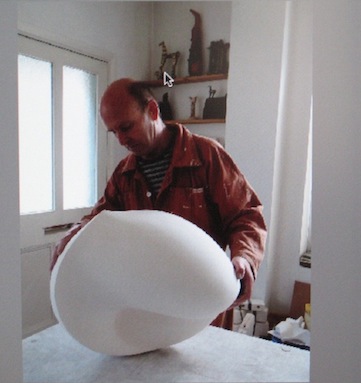 This series of slides show a recent piece, which I wanted to enlarge to a new scale to explore a bigger gestural activity and to find a new spatial orientation